The star rating system (1-5 stars) was incorporated into the Euro-Star Index to make it easier for farmers to interpret – 5 stars being good, 1 star being poor. This concept has been largely successful in its adoption by the industry, but there are some important points to remember:

Trait Emphasis
In both tables 1 and 2 you will see there is a column giving the trait emphasis percentage. The trait emphasis basically means the average contribution of each trait to the index of the average, proven AI bull. For example, carcass weight makes up 41% of the Terminal Index. This means that, on average, proven AI bulls are getting 41% of their Terminal Indexes from carcass weight. This is an average and some bulls will be getting more than 41% and some bulls will be getting less. Every bull will be different. Again, this is why it is important to look at the PTA values of each bull when looking at an index.

Reliability
Understanding reliability is an important element to interpreting the €uro-Star Index of any animal. Put simply, the reliability figure gives an indication as to how confident ICBF can be that an index or trait figure will not change in the future as more data is recorded. Where low reliability bulls are being used, it is important to use a team of bulls to protect against future fluctuations. Where bulls are being used on maiden heifers, it is important that they have a low calving difficulty figure (90%). Bulls with low reliabilities on calving difficulty should never be used on maiden heifers. 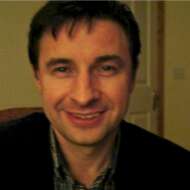